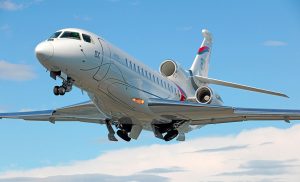 On a rolling 12-month basis, U.S. flights increased 3 percent, though cycles on a seasonally adjusted basis were down 2 percent in June. “While seasonally adjusted cycles are about 40 percent higher from the bottom in 2009 and roughly in line with pre-crisis levels, we estimate average daily utilization remains low due to continued fleet growth,” Strauss said. Meanwhile, European business jet activity climbed 7 percent on a rolling 12-month basis, but overall cycles are still 20 percent below pre-crisis levels, the report notes.